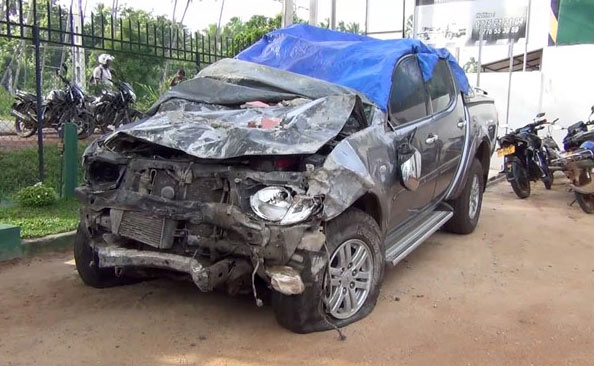 State Minister Palitha Range Bandara’s son has been hospitalized due to a motor accident in the Kottapitiya junction, on the Chilaw-Puttalam road.

Initial Police investigations revealed that the double cab, belonging to the Ministry of irrigation, had veered in to a house from a by-road near the Kottapitiya junction, after losing control of its speed.

The cab and house were heavily damaged due to the accident. 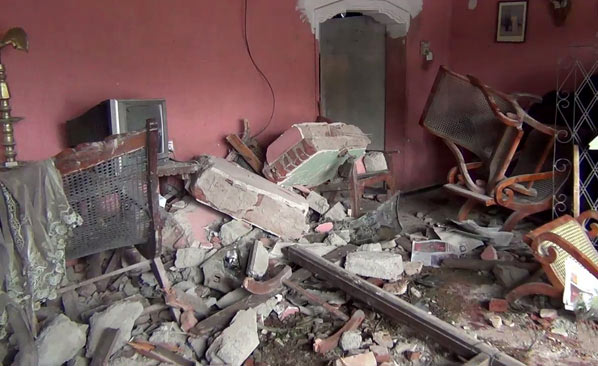