No undue ambition behind shutting down TNL transmission – TRC 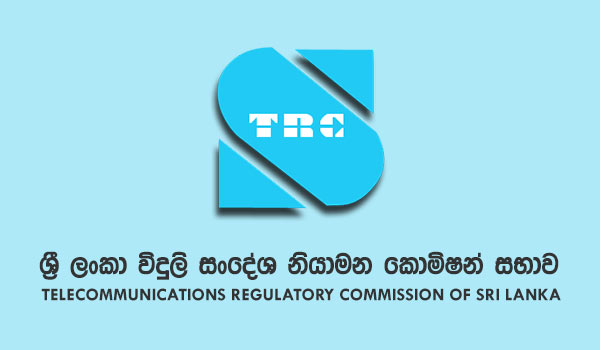 Telecommunications Regulatory Commission of Sri Lanka (TRCSL) says that action was taken to shut down TNL’s illegal transmission in Polgahawela due it causing interference to other government channels and causing a loss to the government and that there is no other undue ambition behind the action.

TRCSL said it has taken action against such violations with regard to illegal broadcasting stations operated by different companies including Sri Lanka Broadcasting Corporation at Balangoda.

He said that a television transmitter should be used at each of above location and a valid licence should be obtained under Section 22 of Sri Lanka Telecommunications Act No 25 of 1991 as amended by Act No 27 of 1996.

The licence issued will be valid for a period of one year and renewable for another year, on payment of relevant licence fee.

“Telshan Network (Pvt) Ltd has obtained a valid licence for the year 2018, after payment of relevant licence fee for the above 9 locations. But no licence has been issued in favour of above Company by TRCSL to use VHF CH 11 or VHF CH 3 at Polgahawela.”

Telshan Network (Pvt) Ltd has operated VHF CH L1 and CH 3 from time to time for a considerable period of time in contravention to the Section 22 of Sri Lanka Telecommunication Act No 25 of 1991 as amended causing interference to other licence government broadcasters.

The TRCSL said it has informed Telshan Network (Pvt) Ltd to shut down this illegal transmission on April 27, 2016.

“Ignoring the above letter, Telshan Network (Pvt) Ltd has continued the aforementioned transmission causing interference to other government channels and without making due payment causing loss to the government.”

Therefore TRCSL has been compelled to take action against this violation based on above grounds and TRCSL emphasizes that there is no any other undue ambition behind this action, the statement said.

TRCSL said it has taken action against such violations with regard to illegal broadcasting stations operated by different companies including Sri Lanka Broadcasting Corporation at Balangoda.

Home » No undue ambition behind shutting down TNL transmission – TRC