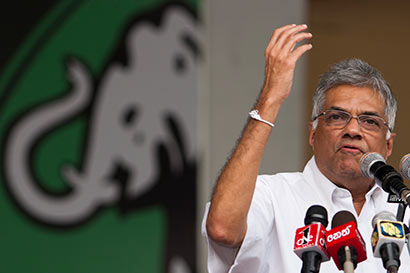 United National Party (UNP) National Leader Ranil Wickremesinghe said he had complained to the Police Chief today with regard to a fraudulent document on which his signature and that of common opposition candidate Maithripala Sirisena had been forged.

In his complaint he said that this misleading document had been issued to the state media.

1 Response to Ranil complains to police over fraudulent document