The UNP has informed President Maithripala Sirisena and the Tamil National Alliance that UNP leader Ranil Wickremesinghe is the nominee of the UNP for the position of Prime Minister.

In a letter to both the President and TNA Leader R. Sampantham, UNP Chairman stated, “I write to you to inform you that Hon. Ranil Wickremesinghe, MP, is the nominee of the United National Party for the position of Prime Minister.”

MP Hashim also thanked the Opposition Leader for the letter dated on the 29th of November to the President, where the TNA announced the party will support the nominee of the UNP. 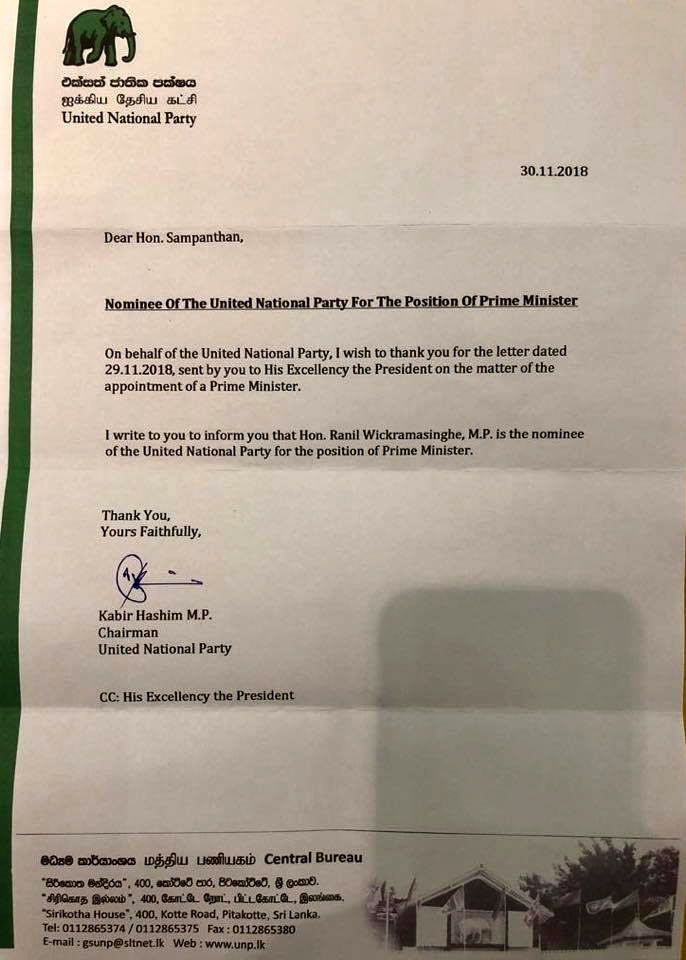 1 Response to Ranil is UNP’s nominee for PM – Kabir