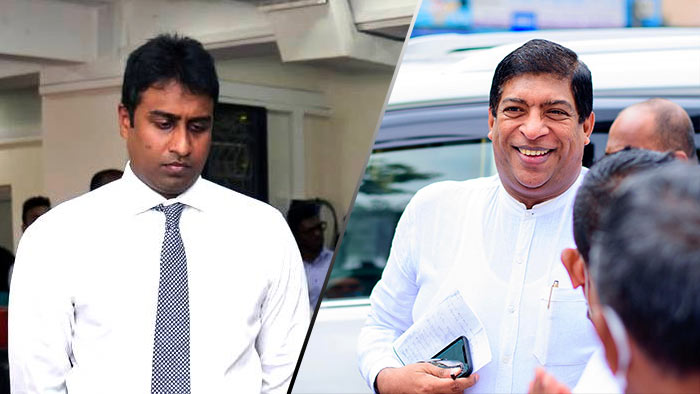 Ravi Karunanayake and Arjun Aloysius granted bail after serving indictments by the Colombo High Court over a Bribery case.

The matter was called before Colombo High Court Judge Aditya Patabendige this morning.

The two accused were released on a cash bail of Rs. 500,000 and two sureties of Rs. 5 million each after serving the indictments.

High Court Judge, issuing an overseas travel ban on the former minister and PTL owner until the hearing of the case concludes, ordered them to hand over their passports to the custody of the court. He also called for a report on the fingerprint analysis of the duo.