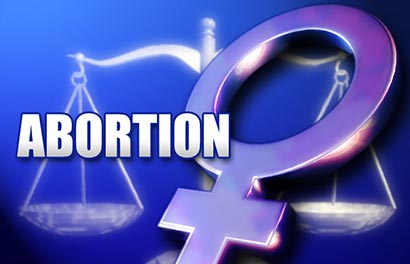 It was necessary to relax laws on abortion who became pregnant due to rape, incest or foetal abnormalities to ease the pain and hardship faced by them, Medical experts said yesterday.

They said that it was assumed that some 700 illegal abortions took place each day but said there was no official data since many abortions were performed in secret.

Addressing a workshop on abortion and family planning, medical experts said that those who became pregnant due to rape or incest accounted for about one percent of the total number of unintended pregnancies taking place in the country but that the women suffered and faced a great deal of hardship.
They said that in such instances women should be allowed to decide if the pregnancy should continue or if it should be terminated during a legally stipulated period of time.

Section 303 of the Penal Code stipulates that an abortion may only be performed if a woman’s life is in danger. However the law had not been amended since 1883.

Consultant Obstetrician and Gynecologist Dr. Lakshman Senanayake said that 89% of unwanted pregnancies that occurred due to the non-use of contraceptives led to unsafe abortions and 140,000 deaths each year.

“A country’s laws make all the difference in the number of safe and unsafe abortions that take place. Some have abortions in extremely unsafe, unsanitary conditions. There are some who perform abortions on their own. If we had laws to support these women they would receive the support they need,” Dr. Senanayake said.

Consultant Obstetrician and Gynecologist Dr. Mangala Dissanayake said that it was necessary to seek an immediate solution for women who faced such difficulties.

“This is a grave problem. We see women who face tremendous difficulties and there is a need for a solution,” he said.

Family Health Bureau Deputy Director Dr. Chithramalee De Silva said that there were 370,000 births each year in Sri Lanka and that the women in the reproductive age group of 15 to 49 years was 5.4 million and accounted for 27% of the country’s population.

“Females in the reproductive age group are gradually increasing and there is a need to introduce family planning methods for everyone to control or prevent unintended pregnancies,” she said.