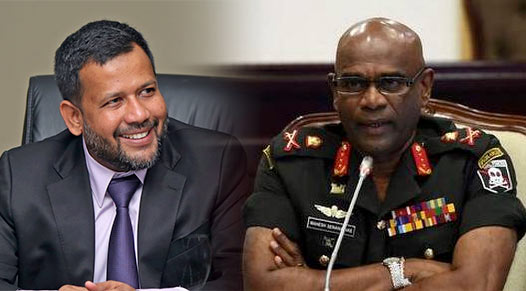 The leader of the All Ceylon Makkal Congress Parliamentarian Rishad Bathiudeen and Commander of the Sri Lanka Army Lieutenant General Mahesh Senanayake will appear before the Parliamentary Select Committee probing the Easter Sunday attacks today.

The two were issued summons yesterday.

Meanwhile two officials attached to the Ministry of Industry and Commerce are also due to record evidence before the Select Committee.

The Parliamentary Select Committee probing the Easter Sunday attacks is due to convene at 2pm today.

Chairman of the Committee Deputy Speaker Ananda Kumarasiri said today’s proceedings will be open to the media as well. Several senior state, Military and Police personnel have appeared before the Commission thus far.

However President Maithripala Sirisena previously announced that he will not allow any personnel engaged in active duty to appear before the Committee probing the Easter Attacks.