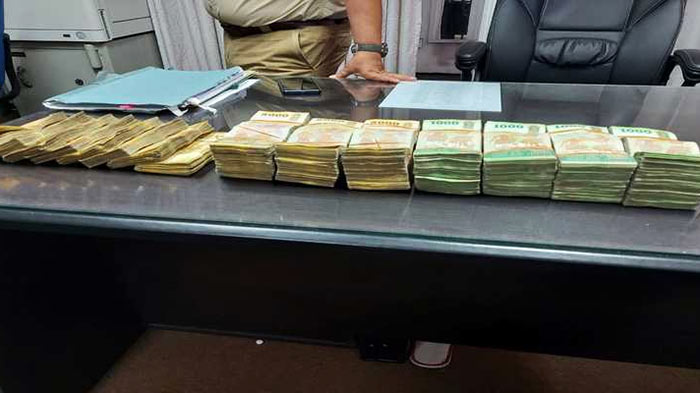 The brother in law of Charith Sandakelum alias ‘Ran Malli’, a close associate of underworld gang member Nadun Chinthaka alias ‘Harak Kata’, has been arrested with the buried cash.

Police said they suspect the money was obtained by the sale of narcotics.

Police believe the smugglers brought in weapons and stocks of narcotics from the Southern coast of Sri Lanka during the past month.

Police added 298kg of smuggled heroin and weapons have been sent to the country by underworld gang member ‘Harak Kata’ who is currently in Dubai.

The suspect has been handed over to the Police Narcotics Bureau.