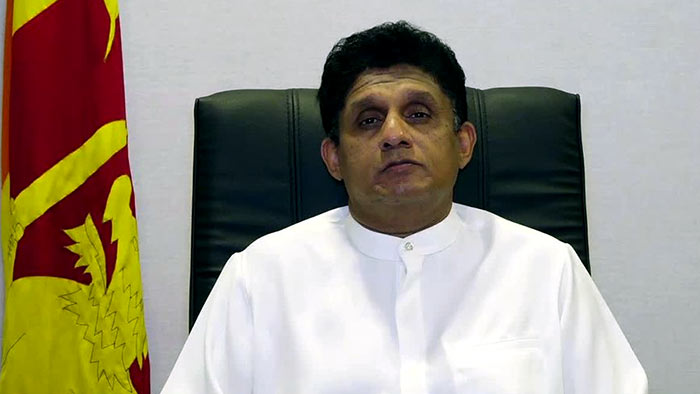 Opposition Leader Sajith Premadasa on Thursday claimed that Sri Lanka had now been turned into a land for auction and warned the whole country was in danger because of irresponsible rulers selling national resources to foreigners and close friends, destroying the heritage of future generations.

In a special communiqué, the Opposition and Samagi Jana Balawegaya Leader said details had been revealed about a proposal to hand over several historically-important Government buildings in Colombo and Fort, built during the British era, to private investors under the guise of a so-called development.

“While the national resources of the country are being destroyed in such a manner, a ship is also being destroyed, wreaking irreparable damage on the coast, the country’s economy as well as the ecosystem for years to come. The Government that came to power by posing as a golden fence to secure the country has already shown its true emptiness,” he said.

Premadasa pointed out there were huge shortcomings in hospitals and many reports of irregularities in the quarantine process. He charged the coronavirus vaccination process had been politicised and there was a severe shortage of drugs for Non-Communicable Diseases such as cancer, diabetes and heart disease.

According to the World Bank, 70% of Sri Lanka’s workforce is informal and they are utterly helpless due to travel restrictions and the lockdown process.

“Foreign exchange, tourism, and apparel industries are the main sources of cash flow to Sri Lanka and today all those major sources of income are blocked,” the Opposition Leader said, adding that production and services in the country had declined and Sri Lanka had lost the expected export earnings of all products, including tea.

“The market for exports has lost ground in the US and Europe and all those who have made a living from it are under severe pressure,” he said.

The Opposition Leader said the present Government had amply demonstrated that it had neither the ability nor the need to protect the country.