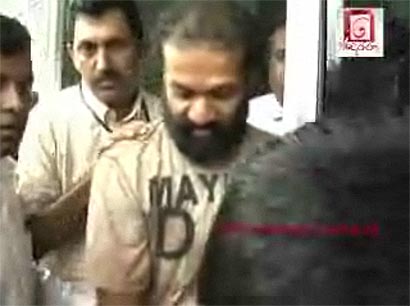 Ranasinghe will be detained for several days with the CID until the completion of the investigations by four police teams, the Senior Officer said.

According to CID investigations, Ranasinghe had visited Sri Lanka twice over the past one year and had conducted several English classes in Chilaw. As his financial situation was bad he is said to have sent his wife to obtain a loan from his father-in-law who is living in the Nawagamuwa Police area.

Ranasinghe had conducted several English classes while in India too but it was not a money making business, he had told police.

Ranasinghe was arrested with his wife by a special police team attached to the Mirihana Police Friday morning. After completing investigations, Ranasinghe and his wife will be produced before Court, the Senior Police officer said.