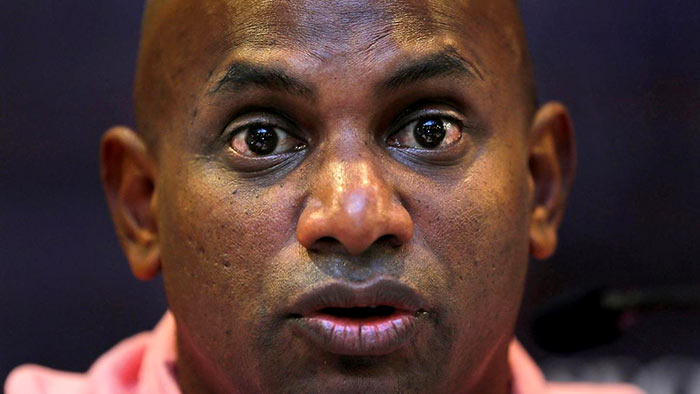 Sanath Jayasuriya has been accused of obstructing an inquiry into corruption in Sri Lankan cricket by allegedly destroying a mobile phone.

The probe is believed to relate to Sri Lanka’s surprise 3-2 home defeat by Zimbabwe in a one-day series in July 2017. The following month, Jayasuriya stepped down as chairman of selectors.

Jayasuriya, who achieved fame at the 1996 World Cup when he helped Sri Lanka win the trophy for the only time, has been charged on two counts by the ICC’s Anti- Corruption Unit (ACU).

Not only is he alleged to have refused to cooperate with what ACU boss Alex Marshal l described as ‘our ongoing investigations into serious allegations of corruption in cricket in the country’, but he is said to have tried to ‘conceal, destroy or tamper with evidence that could be crucial to an anti-corruption investigation’.

Sportsmail understands Jayasuriya, 49, is accued of having multiple mobile phones in his possession, and is also alleged to have hidden one of his SIM cards and disposed of the handset.

Mathews, Sri Lanka’s highestprofile player, was omitted from their one-day squad for the current series against England because of concerns about his fitness.

Marshall spoke to the Sri Lanka and England teams ahead of the series, which continues in Kandy tomorrow, though there is no suggestion of any wrongdoing by either side.

In a country where cricket is heavily politicised, Marshall also briefed the president, prime minister and sports minister. He is likely to return to Sri Lanka to continue the ACU’s investigation.

If found guilty, Jayasuriya would represent one of the biggest fish caught in the anti-corruption net since the unit was established in 2000 after the Hansie Cronje match-fixing scandal in South Africa.

At his peak, Jayasuriya was one of the game’s most explosive batsmen. His tally of 13,430 one-day internationals runs is fourth on the all-time list. He has two weeks to respond to the charges.

Meanwhile, England spinner Liam Dawson has returned home from Sri Lanka with a side strain and has been replaced in the one-day squad by Kent’s Joe Denly.