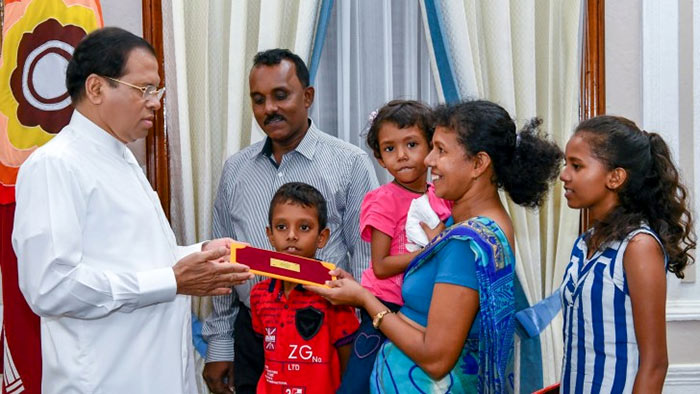 Police Sergeant Sanath Gunawardena who was temporarily suspended following his unruly manner over the releasing of a lorry transporting sand by the Thebuwana OIC on October 3 , met with President Maithripala Sirisena at the Presidential Secretariat, today (16).

Considering the financial difficulties faced by him due to the temporarily suspension of his service as well as the assistance should be given for the education of his children, President Sirisena donated Rs. one million to the Police Sergeant Sanath Gunawardena.

3 Responses to President donates Rs. one million to Sergeant interdicted over Thebuwana incident