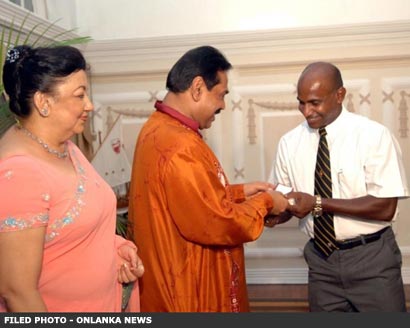 Sri Lanka cricketer Sanath Jayasuriya will embark on a political career by taking part in the upcoming parliamentary polls on April 8. Jayasuriya is seeking to become a Member of Parliament under the ruling coalition United People Freedom Alliance (UPFA) in the south coast district of Matara, his hometown.

The 40-year-old was recently dropped from the Sri Lanka ODI team but he has no plans to end his cricketing career despite his entry into politics.

“I have no plans to retire from international cricket at this stage as I believe I can successfully balance the workload of playing for Sri Lanka while also serving the people of Matara as an MP,” Jayasuriya said on Thursday.

“It has been an honour representing Sri Lanka on the cricket field during the past 21 years and after careful consideration I believe now is the right time for me to serve the people of Matara.”

Jayasuriya’s marathon international cricket career started in 1989 and has spanned 110 Tests and a record 444 one-day internationals. (Editing Peter Rutherford; To query or comment on this story email sportsfeedback@thomsonreuters.com)

10 Responses to Sanath Jayasuriya to balance sport with politics