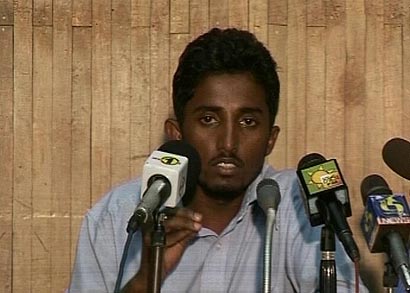 The convener of the Inter University Students Federation (IUSF) Sanjeewa Bandara was today banned from entering the premises of any university within the country by the Colombo Fort Magistrate.

Magistrate Thilina Gamage while releasing Bandara who was in remand custody on previous bail conditions, banned the student union leader from entering any university in the country after the Vice Chancellor of the Ruhuna University stated Bandara was not a student of the university.

However Bandara was remanded by the Gangodawila Magistrate court till July 26.