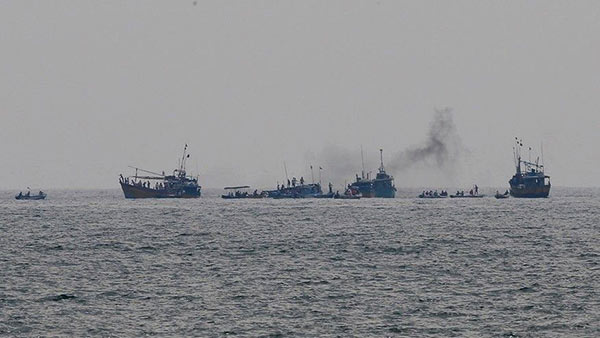 The search for missing persons of the boat which capsized in sea off Katukurunda coast with a group of pilgrims continues for the second day with assistance from the Navy.

The Navy has deployed several boats, while an Air Force Bell 212 helicopter was also deployed yesterday to assist the rescue operation.

At least 11 people including a child and five women drowned when an overcrowded boat carrying Christian pilgrims capsized in rough seas off southwest coast on Sunday.

The victims had set off in a parade of fishing boats from the tourist resort of Beruwala but halfway into their journey their craft overturned in choppy seas, police said.