Security forces & police given all powers to bring back normalcy – PM 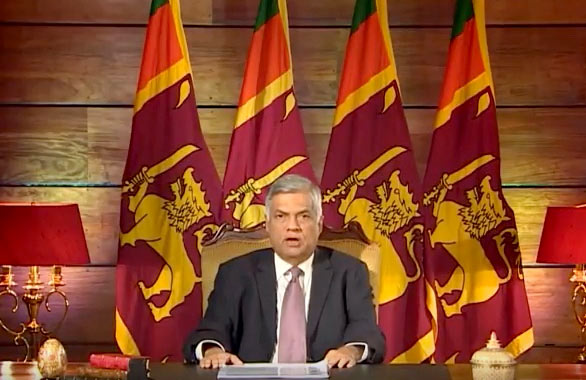 The security forces and police have been given all necessary powers to restore peace and stability to the country, Prime Minister Ranil Wickremesinghe yesterday said in a special address to the nation.

Referring to the country’s current situation, the Mr. Wickremesinghe appealed to the people to support the security forces and police to carry out their tasks.

“Certain groups have created unrest in the North Western Province. They vandalized property. The security forces were able to bring the situation under control. These groups are trying to create more disturbances. This is why the government decided to impose an island-wide curfew,” the PM said.

“Creating more disturbances will prevent the security forces from apprehending the terrorists who are wanted,” he added.

“The country is bound to be destabilized more if disturbances continue. Such a situation will also prevent the people from celebrating Vesak,” he said.

The PM said the security forces were able to carry out successful search operations to arrest many who are responsible for the Easter Sunday carnage.