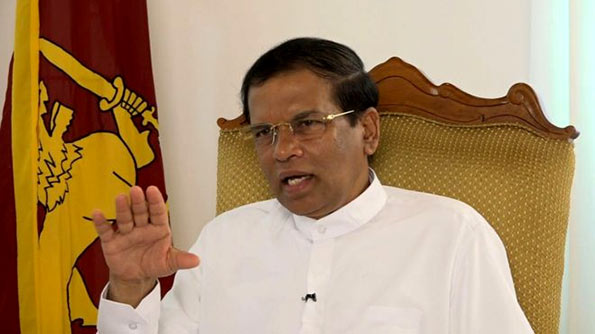 President Maithripala Sirisena requests the students of the University of Jaffna to engage in studies without any fear and suspicion as the security and safety of the university has been assured.

The President made this request when the Vice Chancellor, the academic staff and a group of parents of the students of the University of Jaffna met him at the Presidential Secretariat yesterday (Aug. 4).

They discussed about the conflict occurred at the university recently, and the program carried out for the security of the students.

Vice Chancellor Vasanthi Arsarathnam stated that actions have been taken to prevent any such incident in the university again.

The President said that the government is fully responsible for the security and safety of the students. “The Police and other security sections have been informed to act sensitively towards such incidents”, he said.

Minister of Higher Education Lakshaman Kiriella, State Minister Mohan Lal Grero, Governor of the Northern Province Reginald Corey and the President of the University Grant Commission were among those participated in this discussion.