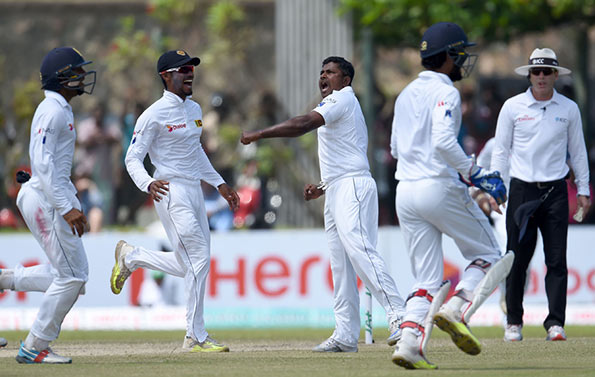 Rangana Herath became only the second Sri Lankan cricketer to claim a test hat-trick on the second morning of the second test against Australia this morning.

Former paceman Nuwan Zoysa was the first Sri Lankan to claim a test hat-trick, against Zimbabwe in a 1999 test at Harare.