SELF-IMMOLATION COULD HAVE BEEN PREVENTED – Media Sec. 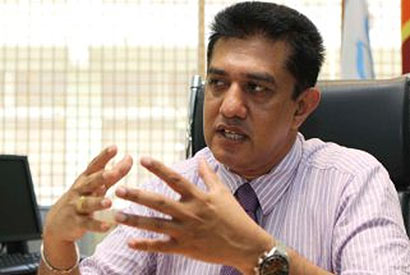 Mass Media and Information Minister Keheliya Rambukwella yesterday said his ministry has launched a special investigation into the death of Ven. Bowatte Indrarathana Thera, by self-immolation opposite the Dalada Maligawa.

Meanwhile, the Criminal Investigations Department launched a separate probe into the incident, the Police said.

The Mass Media and Information Ministry launched an inquiry into the incident following information that the monk had reportedly given a statement to local media about his intention to kill himself by setting himself on fire, in protest against ‘cattle slaughter in Sri Lanka.’

The Police said they recorded statements from several reporters who were present at the time the monk divulged his plans.

Mass Media and Information Ministry Secretary Dr. Charitha Herath told the media that the monk’s life could have been saved had the local media personnel concerned, informed the law enforcement authorities about the monk’s intended action.

Ven. Indrarathana Thera died of severe burn injuries at the Colombo General Hospital on Saturday. He was rushed to Kandy Teaching Hospital after his self-immolation bid on Friday near the Dalada Maligawa and was later flown to the Colombo National Hospital. He had reportedly left a couple of written statements

3 Responses to SELF-IMMOLATION COULD HAVE BEEN PREVENTED – Media Sec.

Home » SELF-IMMOLATION COULD HAVE BEEN PREVENTED – Media Sec.