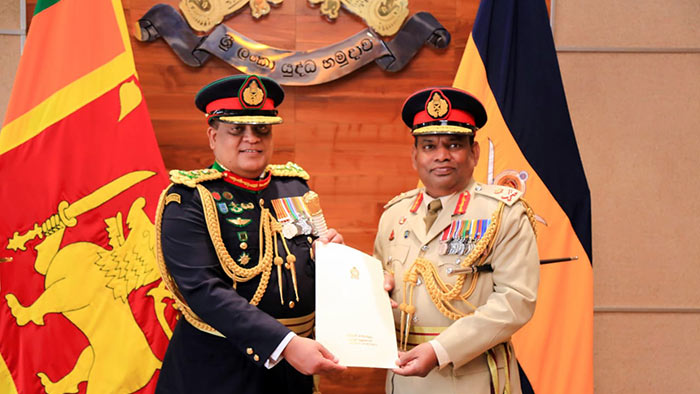 Twenty-five Senior Army Officers have been appointed with effect from today (01 January) to coordinate the COVID-19 control operations in each district, says the Army Media.

The Presidential Secretariat has made the appointment under the recommendation of Army Commander General Shavendra Silva, who is also the Head of the National Operations Centre for Prevention of COVID -19 Outbreak (NOCPCO).

Army Commander General Shavendra Silva awarded letters of appointment for those 25 Chief Coordinating Officers in all districts this morning at the Army Headquarters.

Accordingly, the new office of Chief Coordinating Officers would facilitate smooth conduct of district-wise quarantine centres, transportation of individuals for quarantining and treatment, supply of medicine, equipment, dry-rations and other essentials and all other technical requirements as and when deemed necessary, the Army Media said in its statement.

The appointed Chief Coordinators are:

5. Major General A A I J Bandara – Mannar

25. Colonel K A U Kodituwakku – Matara