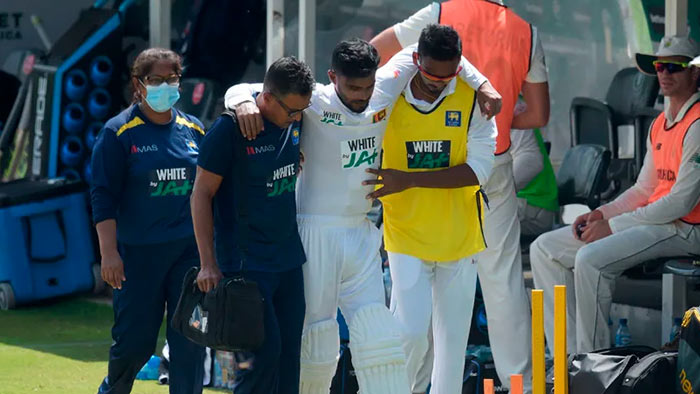 Fitness will play as big a role as form when South Africa and Sri Lanka finalise their teams for the second and final Test, starting at the Wanderers Stadium in Johannesburg on Sunday.

Sri Lanka had an injury nightmare during the first Test in Centurion. Batsman Dhananjaya and fast bowlers Kasun Rajitha and Lahiru Kumara were all ruled out of action as South Africa gained victory by an innings and 45 runs.

South Africa’s playing eleven came through intact but coach Mark Boucher acknowledged the challenge of assessing fitness in times of coronavirus. He hinted there could be some rotation in the pace attack.

South Africa have an expanded pool of fast bowlers as potential picks for the Wanderers, with former world number one Kagiso Rabada and left-armer Beuran Hendricks added to the squad after recovering from injury and illness.

The uncapped Glenton Stuurman, who had been expected to make his debut in the first Test, could also come into contention if he has recovered fully from a quad muscle strain.

The Wanderers is the home ground of both Rabada and Hendricks but Boucher said after the Centurion Test that he was wary of rushing bowlers back into action unless they were demonstrably match fit.

South Africa fielded one of their least experienced fast bowling attacks in many years in Centurion. Lack of recent match practice and inexperience showed in the first innings as Sri Lanka made 396, their highest total in South Africa.

Boucher said South Africa’s bowling in the first innings was “disappointing” but was heartened by their improved discipline when they bowled out Sri Lanka for 180 in the second innings. “It was chalk and cheese,” he said.

Despite the absence of their injured players, Sri Lanka could potentially go into the match with a team equivalent in strength to that chosen for the first Test.

Opening batsman Oshada Fernando missed the Centurion Test because of an ankle injury but is expected to return at the Wanderers. This would enable Kusal Perera to drop down to a more accustomed place in the middle order to fill the void left by De Silva.

A key factor will be the fitness of Suranga Lakmal, described by coach Mickey Arthur as “the leader of our attack”. Lakmal was ruled out of Centurion by a hamstring strain.

Lakmal’s return would strength the bowling, while Dushmantha Chameera is expected to be a like-for-like replacement for Kumara as a bowler of genuine pace.