Seniors did not step up, says Angelo Mathews 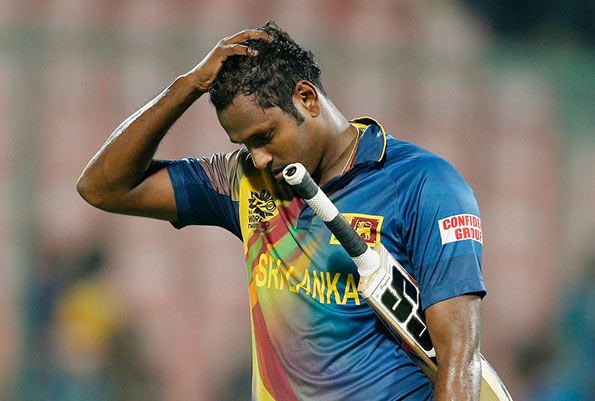 As they go out of the World Twenty20’s semifinal race, Sri Lanka skipper Angelo Mathews said the senior players did not do enough to inspire the inexperienced teammates.

Sri Lanka lost their must-win match against England by 10 runs on Saturday night.

“We bowled well in the first six overs then played loose in the last overs. Day by day were getting better. There were a lot of inexperienced guys. It was a learning curve all of us. The seniors had to step up. Mosts of time we did not,” Mathews said after the match.

Sri Lanka lost skipper Lasith Malinga due to injury and players such as Tillakaratne Dilshan and Thisara Perera could not put up consistent show.

Chris Jordan and Ben Stokes bowled exceptionally well in the last two overs to steer side to win.

“It was little tight. After our first three or four wickets to take them so early was fantastic. Sri Lanka were under pressure. Then it became difficult for us but our seamers thrived on the conditions tonight,” Morgan said.

Jos Buttler was easily the player of the match for his unbeaten 66-run knock that propelled England to 171 for four.

“I felt like I played well to get us up to a good score. Angelo was chasing well. It turned out to be a fantastic game. We are delighted to go through to the semis. We are young bunch and it is very exciting ,” he said.

3 Responses to Seniors did not step up, says Angelo Mathews

Home » Seniors did not step up, says Angelo Mathews