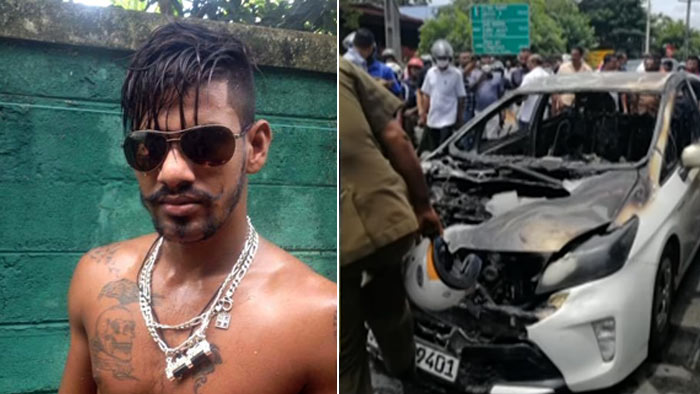 They said unidentified gunmen on a motorcycle had opened fire at a car in which SF Lokka had travelled. The hybrid vechicle of SF Lokka was gutted in fire after the shooting.

He is also the main accused in the murder of nightclub owner Wasantha de Zoysa in 2015.

Alexander Wasantha Wickrama de Zoysa, an ex-Karate champion who is said to be the owner of several Guinness World Records, was hacked to death by a gang during a brutal attack on his night club.