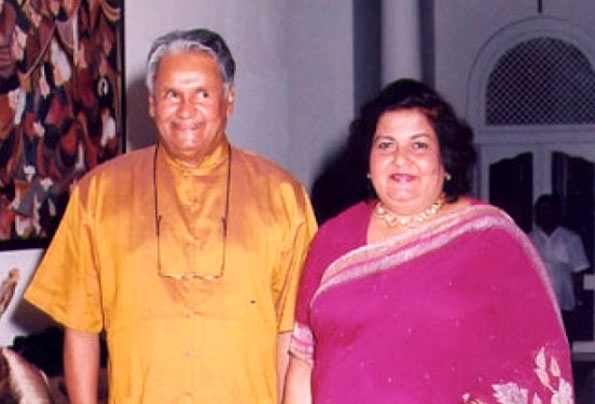 Sicille Kotelawala who was evading courts, was arrested by immigration officials at the Bandaranaike International Airport (BIA) in Katunayake upon returning to Sri Lanka last night.

She was arrested and handed over to the Criminal Investigations Department (CID). Deshmanya Deshabandu Jeewaka Lalith Bhupendra Kotelawala is a Sri Lankan businessman, who was the chairman of Ceylinco Consolidated.

He was remanded for the misappropriation of 26 billion rupees of investments from the failed Golden Key Credit Company. Sicille Kotelawala had fled to many countries and Interpol had issued warrants and red notices for her arrest.