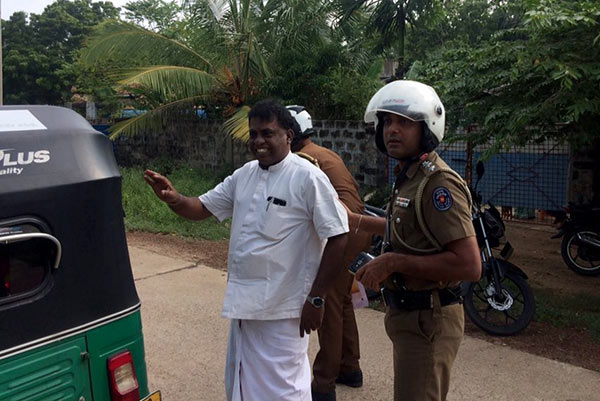 Northern Provincial Council TNA member M. K. Shivajilingam and three others who had illegally celebrated the birth anniversary of Velupillai Prabhakaran had been arrested yesterday (26) by the Jaffna, Velvettithurai Police.

The Police had arrested Shivajilingam and three others when they were traveling in a three wheeler transporting a cake to the location where Prabhakaran’s house was, to celebrate his birth anniversary.

Seven others who had gathered at this location were also questioned by the Police. Shivajilingam had later accepted his fault.

However, as the group had only brought a cake and there were no photographs or LTTE flags used by them at this ceremony, Police had recorded their statements and released the group.