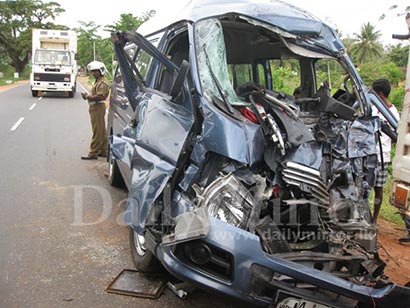 A Director and announcer of the  Sri Lanka Broadcasting Cooperation (SLBC) Nurania Hassan was killed  this morning and five others injured when the vehicle they were travelling in collided with a lorry at Rambawa,according to the Police.

The group of six media personnel were travelling to Jaffna when they met with the accident at around 4.30 am. Two of the media personnel are in critical condition while the other three have been admitted to the Anuradhapura Hospital.