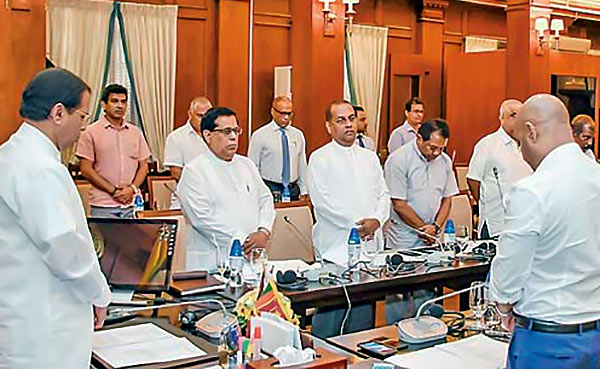 The decision was taken in protest against the UNP Ministers who were continuously insulting the SLFP ministers as well as the UNP demand for the SLFP MPs who voted in favour of the No-Confidence Motion against the Prime Minister to resign, a senior minister said.

Accordingly, as a courtesy, other SLFP Cabinet ministers will also boycott the today’s cabinet meeting with the 16 Cabinet Ministers who voted in favour of the no-confidence motion.

The SLFP Central Committee is to meet next Wednesday and take a decision on whether they would quit the government or not.