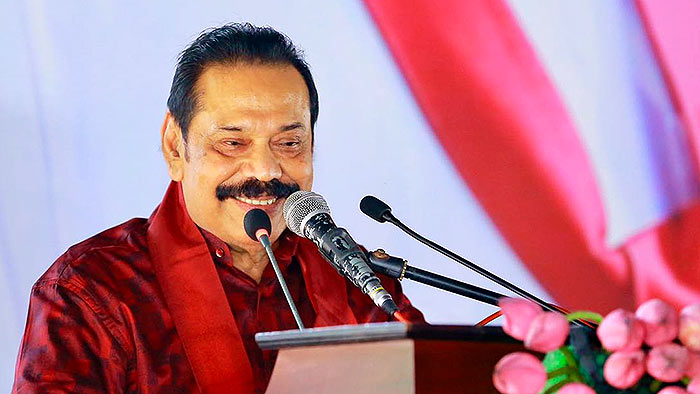 Former Sri Lankan President Mahinda Rajapaksa appeared in public for the first time since his resignation in May as Prime Minister when he attended a Sri Lanka Podujana Peramuna (SLPP) propaganda rally yesterday (October 08) in Kalutara.

The rally titled “Let’s Rise Together from Kalutara”, organised by SLPP MP Rohitha Abeygunawardena to rebuild the battered image of the party was held at his coordination office which was set alight by a mob on May 9.

Prime Minister and Mahajana Eksath Peramuna (MEP) leader Dinesh Gunawardena and many other ruling party MPs were seen at this rally.

Addressing the rally, Mr. Rajapaksa said there was no need for him to explain the country’s situation to those present since they knew the situation perfectly well. He said it was up to those in the SLPP to protect the government and support the programme of President Ranil Wickremesinghe.

Speaking further, Mahinda Rajapaksa said “We scolded Ranil back then but Ranil is with us now, so we sing his praises. I believe he has chosen the correct path now”.

Many speakers sounded a defiant note, claiming that the SLPP remained a formidable electoral force despite the actions of “conspirators”. They also insisted that the party’s National Organiser and former Finance Minister Basil Rajapaksa, now in the United States, was still giving leadership to the party’s organising efforts. 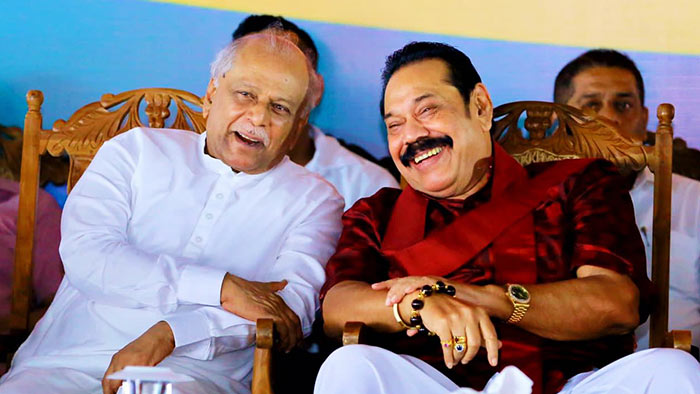 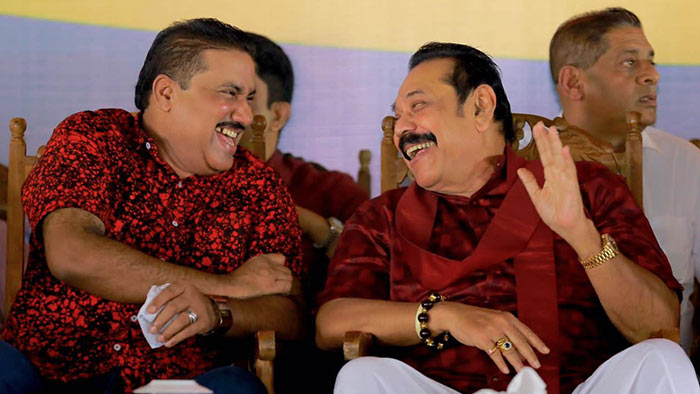 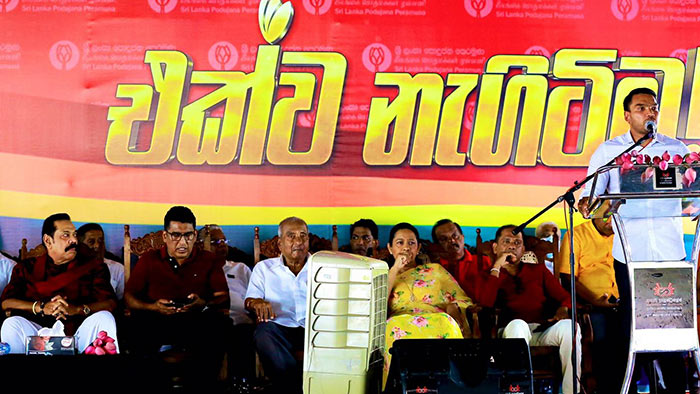