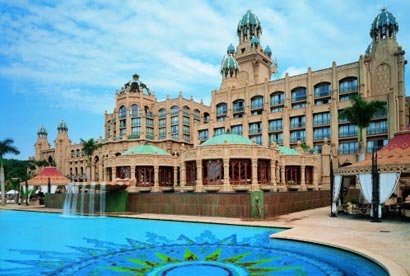 COLOMBO (Reuters) – South Africa’s Sun City resort will invest $800 million in a tourism project in Sri Lanka, the head of the island nation’s state-run Tourism Board said on Friday.

It will be the largest ever investment in the country’s leisure sector, which is booming since the end of a 25-year war in May 2009.

“Sun City of South Africa is now going to make an $800 million investment in a 200-acre private property,” Nalaka Godahewa, head of the Tourism Board told Reuters in an interview.

The investment will be made on Sri Lanka’s hotel city in Katana, a coastal town located 15 km north of the commercial capital, Colombo, he said.

“That decision is finalized. That is one of the biggest investment.”

Elanza Joubert, Sun City Resort’s deputy inventory manager at events and entertainment department, said in an e-mail response to Reuters questions that the company would not comment on the plan until the new year.

The government said in July it was expecting at least $1.5 billion in foreign investment in a proposed “tourist city” that includes four five-star hotels, shopping and a convention centre in Katana.

Sri Lanka has seen a remarkable rise in its post-war leisure industry with tourist arrivals expected hit a record 820,000 and

revenue to rise to a record $800 million, jumping 25 percent and 39 percent from a year earlier, respectively.

“Next year, more than the number, we are concerned about the revenue. So the expectation is to hit $1 billion revenue and perhaps 950,000 arrivals,” Godahewa said.

Godahewa also said the Tourism Board is seriously considering security issues after a British tourist was killed last week.

“We have asked the defence authorities and all the security establishments to be supportive in protecting tourists as it is going to be a $1 billion industry.”

In January Sri Lanka signed agreements with Hong Kong-based Shangri La Asia for a $500 million complex with high-end retail facilities, deluxe apartments and a 500-room luxury hotel in Colombo and a 300-room city resort on approximately 100 acres in Hambantota on the southern coast.