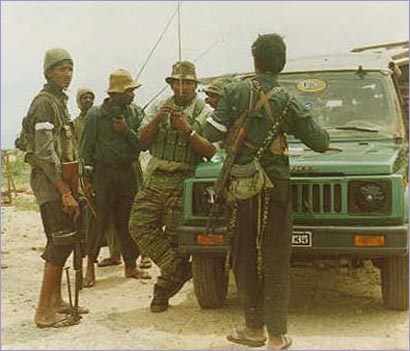 NEW DELHI: The Centre has issued an alert to all southern States, particularly Tamil Nadu, following intelligence inputs that the Liberation Tigers of Tamil Eelam (LTTE), which was run over by the army in Sri Lanka, may be trying to regroup in India.

They said the inputs, emanating from different quarters, indicated a threat to Dr. Singh who is scheduled to visit Tamil Nadu in the first week of January.

LTTE terror elements might have entered the country and could be in hiding in Tamil Nadu or other Southern States.

The inputs also pointed to the possibility of LTTE cadres collecting equipment or explosives to build up their capability to launch attacks.

The sources, however, said it was not clear how and from where LTTE elements were procuring explosives, arms or ammunition.

3 Responses to Southern States in India alerted against LTTE attacks