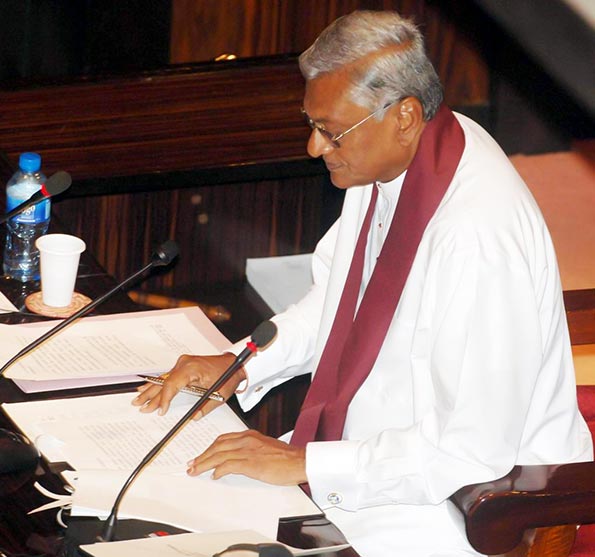 Speaker Chamal Rajapaksa today said he too is in favour of dissolving Parliament.

The observation was made as an argument broke out at the House involving former Minister Dinesh Gunawardena with Minister Lakshman Kiriella and Prime Minister Ranil Wickramasinghe concerning the citizenship of the Central Bank Governor.

Majority of Parliamentarians from both government and opposition rose to which Speaker responded saying “it is not clear as to why these members are standing. But if it is about dissolving Parliament I too suggest it will be a good to do so.”