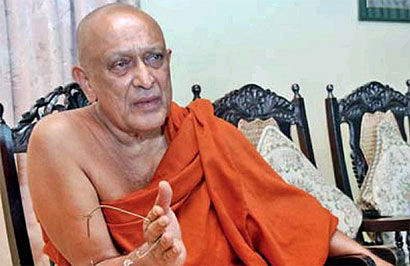 The Janatha Vimukthi Peramuna had a special meeting with Ven. Maduluwawe Sobhitha Thero on Sunday.

A communique issued by the JVP stated that proposals put forward by the People’s Movement for Social Justice on enforcing the 17th amendment to the constitution and abolishing the Executive Presidency, were discussed at this meeting

The communique also stated that the JVP will be focussing on the upcoming presidential elections based on these suggestions. The JVP and the People’s Movement for Social Justice will be continuing discussions on the proposals, taking into consideration the current political changes in the country.