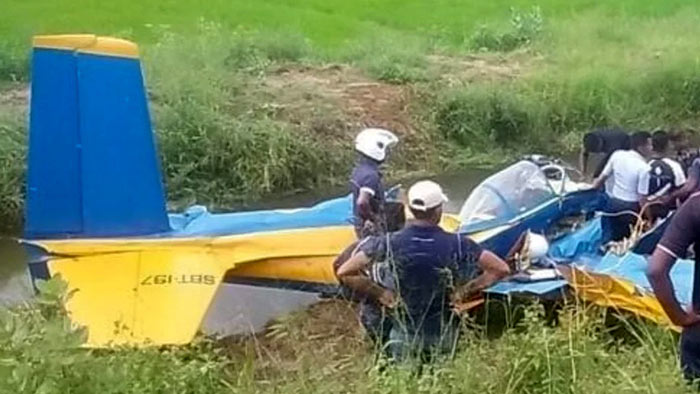 The Sri Lanka Air Force (SLAF) training craft PT-6 which took off from China Bay in Trincomalee has crash landed on a road near Janaranjana Wewa, Kantale.

Only an Air Force pilot was on board the two-seater aircraft.

UPDATE: The body of the Sri Lanka Air Force (SLAF) trainee pilot who flew the PT-6 trainee craft which crashed in Kantale, has been brought to the Trincomalee Hospital.