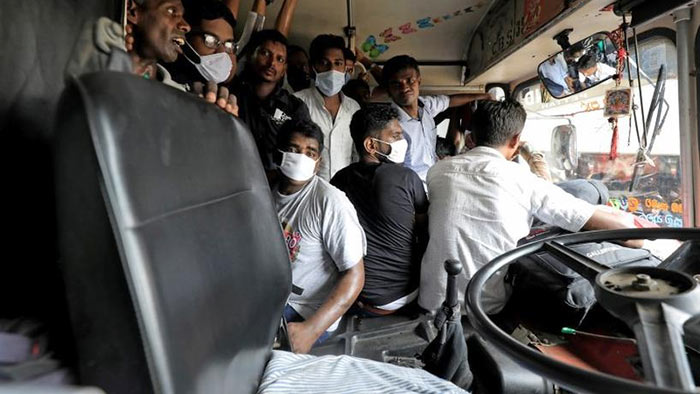 Standing while travelling in public transport services has been declared a prohibited activity under quarantine regulations.

Police Media Spokesman DIG Ajith Rohana said legal action will be taken against those who violate the regulations.

DIG Ajith Rohana reiterated, passengers should only be allowed based on seat capacity in public transport.

He further stated that the measure was taken according to the 97th regulation in the Gazette Notification regarding quarantine regulations, issued by the Minister of Health on the 15th of October.