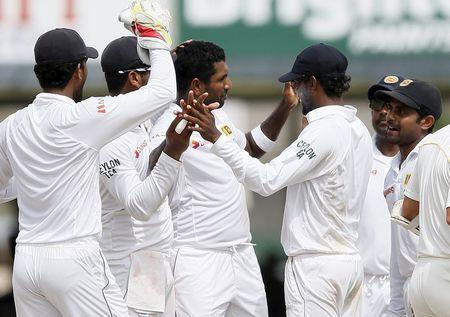 Sri Lanka needed a little over 26 overs to chase down a 153-run victory target for a series-leveling seven-wicket victory in the second test against Pakistan on Monday.

Dimuth Karunaratne (50) helped Sri Lanka get off to a flying start before adding 72 runs for the third wicket with skipper Angelo Mathews, who remained not out after a responsible knock of 43.

Karunaratne fell soon after bringing up his sixth test fifty, becoming leg-spinner Yasir Shah’s second victim, but Lahiru Thirimanne (20 not out) scored the winning boundary to take them home at P Sara Oval.

The teams now move to Pallekele for the all-important third and final test from Friday.