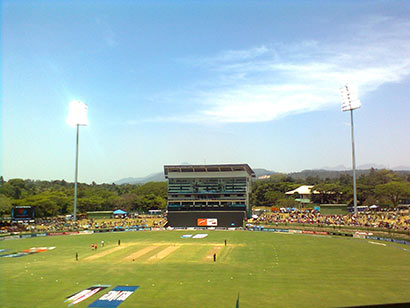 Sri Lanka Cricket (SLC) is negotiating with government officials to have a whopping sum it owes two state institutions written off. The construction of cricket stadiums at Hambantota, Pallekele and R. Premadasa in the lead-up to the ICC Cricket World Cup 2011 cost SLC a fortune and it still owes a further Rs. 3.2 billion to the State Engineering Corporation and Sri Lanka Ports Authority.

SLC faced with a severe financial crisis is hopeful that its debt will be written off and that burden will be passed on to the public in such an eventuality.

There were severe criticism of the way appointments were made to key positions of the World Cup Secretariat and the SLC’s decision to build three new venues instead of making use of some of the already existing ones like the Dambulla Stadium for the World Cup. .

“Board officials have been having discussion with Dr. P. B.Jayasundara, Secretary to Treasury in a bid to have the debt written off; there has been good progress and we are hopeful of achieving that end,” a top SLC official told The Island.

Asked whether he did not consider the projects an utter waste of funds, the official defended the SLC: “These grounds are investments that will benefit us in the long run. If we hadn’t got them we wouldn’t have been able to secure the hosting rights for last year’s World T-20.”