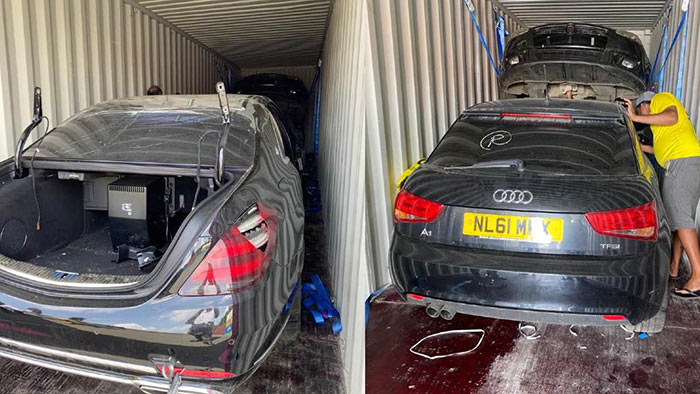 Sri Lanka Customs today (June 23) seized 5 motor cars from a warehouse in Orugodawatta which were imported from the United Kingdom to Sri Lanka.

These cars were imported under the guise of importing motor spare parts, said Sri Lanka Customs.

The vehicles seized include Mercedes-Maybach, Audi A1 and a Fiat car.

The detection had been carried out today by officials of the Revenue Task Force (RTF) Personal Baggage Examination Unit of Sri Lanka Customs, a spokesman said.

He said that on information received, the officials detected the used cars inside a container consigned from the UK.