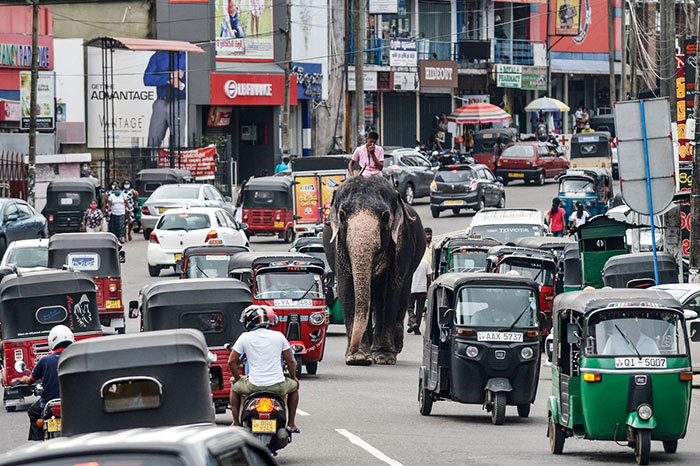 Sri Lanka has tumbled from best to worst in Asia’s dollar bond market, underscoring how fast the pandemic can chill sentiment toward weaker emerging-market assets.

The island nation’s notes lost about 20% in October after dropping 15.5% in September, marking two straight months of the biggest losses in the region, Bloomberg Barclays indexes show. That’s a stark shift from earlier this year, when the securities were Asia’s top performers in each of the three months through August. 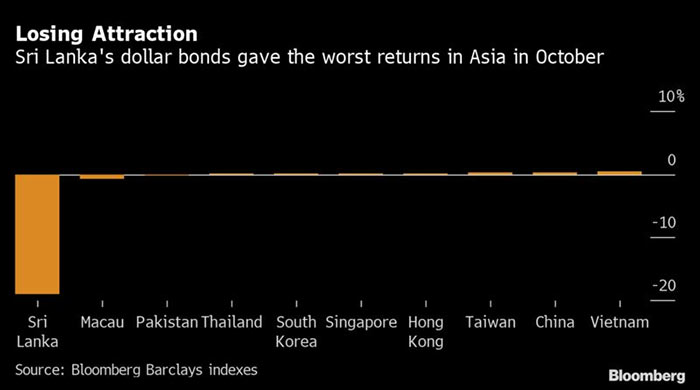 The stumble comes after Moody’s Investors Service cut Sri Lanka’s sovereign rating deeper into junk in September, citing risks from a coronavirus-induced shock to the economy. Amid a resurgence in Covid-19 infections, the Asian Development Bank predicts gross domestic product will shrink 5.5% this year, the biggest contraction since at least 1951.

That’s a cautionary tale for global money managers who poured back into riskier debt in search of higher returns as they factored in years of low interest rates. Now, worsening of the pandemic is leaving emerging markets such as Sri Lanka, Zambia and Ecuador that were already struggling even more at risk.

“Emerging markets are more vulnerable than developed countries to the impact of Covid-19,” said A.S. Thiyaga Rajan, a senior managing director in Singapore at Aquarius Investment Advisors Pte. “Sri Lanka, being highly dependent on tourism for its economic growth, is one such nation extremely susceptible to the pandemic’s shock.”

Sri Lankan President Gotabaya Rajapaksa must now try to cushion the economy from further damage, after recently succeeding in a bid to restore sweeping executive powers. The nation’s strong performance earlier this year in the bond market stemmed from optimism that a parliamentary election victory in August for Rajapaksa would translate into political stability and an early economic recovery. But with few signs that tourists will be returning anytime soon, investor optimism has faded.