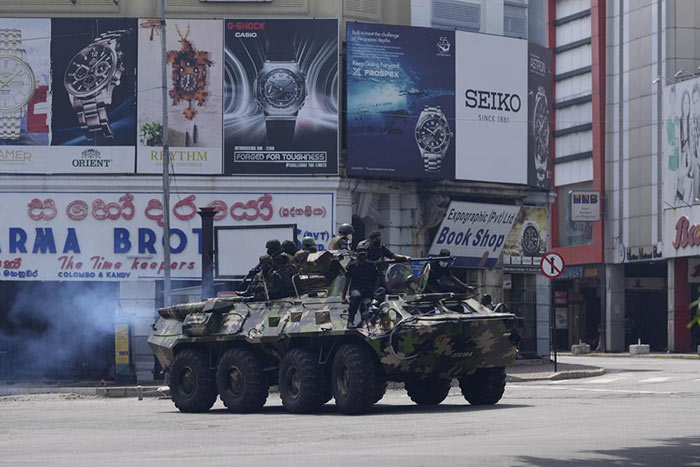 Sri Lankan authorities deployed armored vehicles and troops in the streets of the capital on Wednesday, two days after pro-government mobs attacked peaceful protesters, triggering a wave of violence across the country.

Security forces have been ordered to shoot those deemed to be participating in the violence, as sporadic acts of arson and vandalism continued despite a strict nationwide curfew that began Monday evening.

Anti-government protesters have been demanding the resignations of President Gotabaya Rajapaksa and his brother, who stepped down as prime minister this week, over a debt crisis that has nearly bankrupted Sri Lanka and left its people facing severe shortages of fuel, food and other essentials. In the past few days, eight people have died and more than 200 have been injured in violent attacks in which mobs set fire to buildings and vehicles.

Armored trucks with soldiers riding on top rolled into some areas of Colombo. Defying the curfew, some protesters regrouped opposite the president’s office to continue demonstrations that began over three weeks ago.

Videos posted on social media showed lines of military trucks moving out of the capital, along with soldiers riding on motorbikes, and setting up checkpoints across the country amid fears that a political vacuum could pave the way for a military takeover.

The Defense Ministry’s top official, Kamal Gunaratne, denied speculation of a military takeover at a news conference held with the country’s army and navy chiefs.

“None of our officers has a desire to take over the government. It has never happened in our country and it is not easy to do it here,” Gunaratne said. President Rajapaksa is a former top army officer and remains the country’s official defense minister.

Gunaratne said the army will return to its barracks once the security situation normalizes.

The U.S. State Department expressed concern over the military deployment.

Spokesman Ned Price said it was “closely monitoring the deployment of troops, something that is of concern to us.”

The prime minister’s departure has created an administrative vacuum with no Cabinet, which dissolved automatically with his resignation.

Navy commander Nishantha Ulugetenne said the former prime minister, Mahinda Rajapaksa, is being protected at a naval base in Trincomalee on the northeastern coast.

After Mahinda Rajapaksa resigned, he and his family were evacuated from his official residence through thousands of protesters trying to break into the heavily guarded colonial-era building.

The Indian Embassy denied social media speculation that “certain political persons and their families have fled to India,” and also rejected speculation that India was sending troops to Sri Lanka.

India’s Ministry of External Affairs affirmed its support for Sri Lanka on Tuesday, saying it had extended $3.5 billion to help overcome the economic crisis and had sent essential items such as food and medicine.

On Monday, supporters gathered at the prime minister’s official residence to urge Mahinda Rajapaksa to stay in office. After the meeting, mobs backing the government beat peaceful protesters who had camped out near the prime minister’s residence and president’s office demanding their resignations, as police watched and did little to stop them. Across the country, angry citizens responded by attacking government supporters and ruling party politicians.

Eight people including a ruling party lawmaker and two police officers were killed and 219 were injured in the violence, the defense ministry said. In addition, 104 buildings and 60 vehicles were burned.

The European Union called on the authorities to initiate an investigation into the events and hold accountable those who instigated and carried out the violence.

Sri Lanka is nearing bankruptcy and has suspended payments on $7 billion in foreign loans due this year out of $25 billion due by 2026. Its total foreign debt is $51 billion.

The shortage of foreign currency has led to falling imports and acute shortages of essentials including food, cooking gas, fuel and medicine. For months, people have been forced to stand in long lines for hours to buy the limited stocks, with many returning with nothing.

Protesters blame the Rajapaksa brothers’ alleged corruption and style of administration for the economic crisis.

Sri Lanka has started talks with the International Monetary Fund on a rescue plan and is beginning negotiations on a debt restructuring with creditors.

The Central Bank on Wednesday urged the president and Parliament to quickly restore political stability, warning the economy faces a threat of further collapse within days.

“Even for us to make progress on debt restructuring, we need a stable kind of a government. A Cabinet, a Parliament, a prime minister, a finance minister are all needed,” Central Bank Governor Nandalal Weerasinghe said.

“Without that kind of an administration, it is very difficult for us make any progress.”

China, the country’s biggest foreign creditor, is willing to “play a positive role in easing Sri Lanka’s debt burden,” the Chinese Foreign Ministry said in a written response to questions.

“Regarding Sri Lanka’s debts related to China, China is willing to support relevant financial institutions to negotiate with Sri Lanka with the greatest sincerity and resolve them properly,” it said. 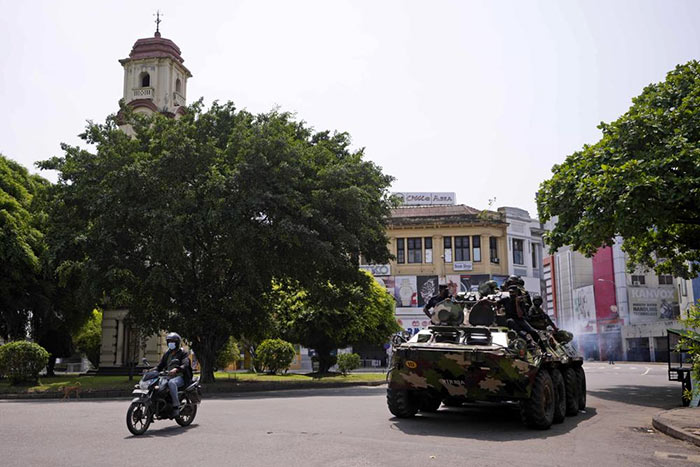 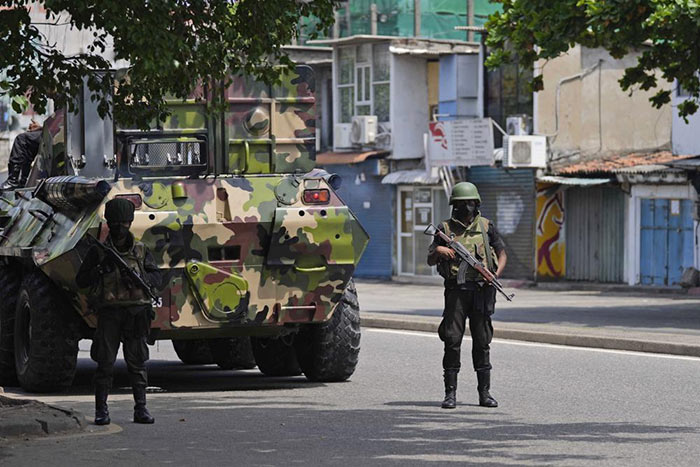 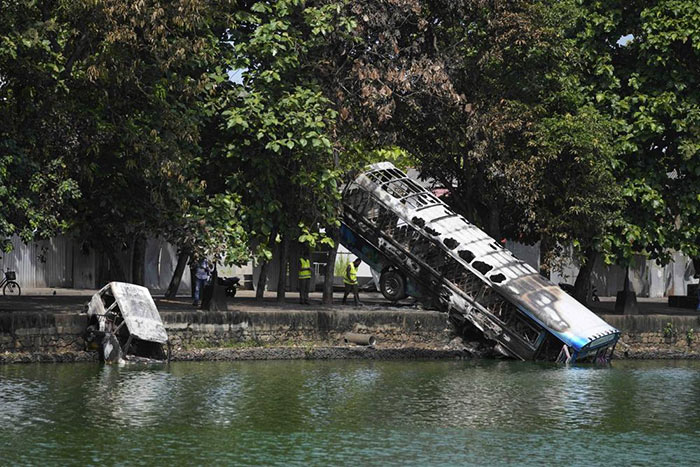 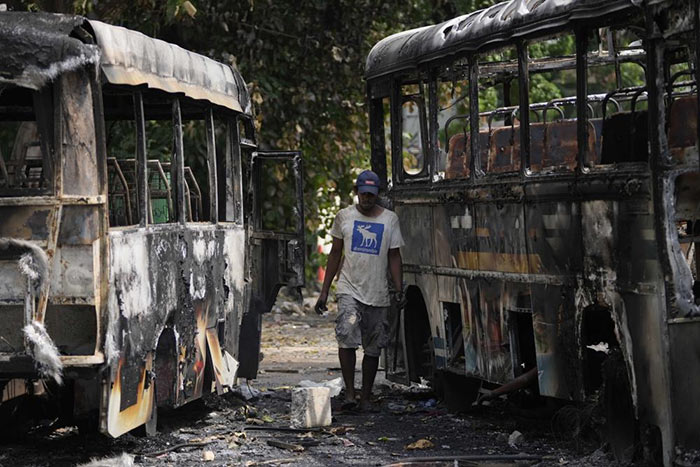 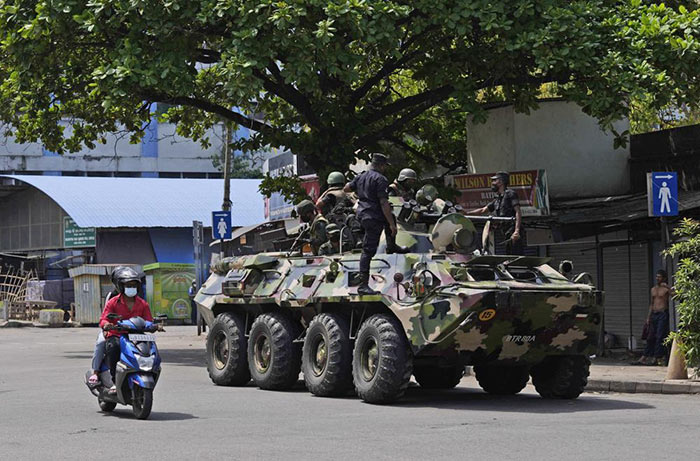 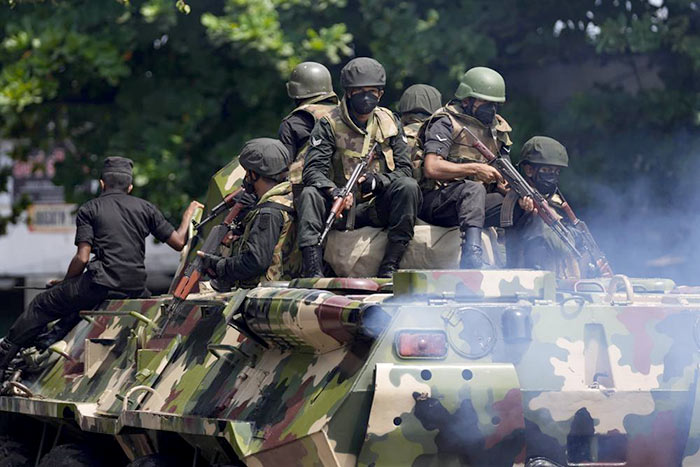 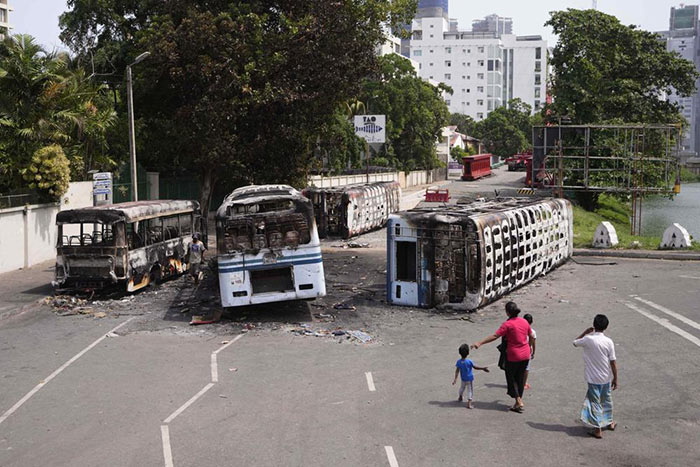