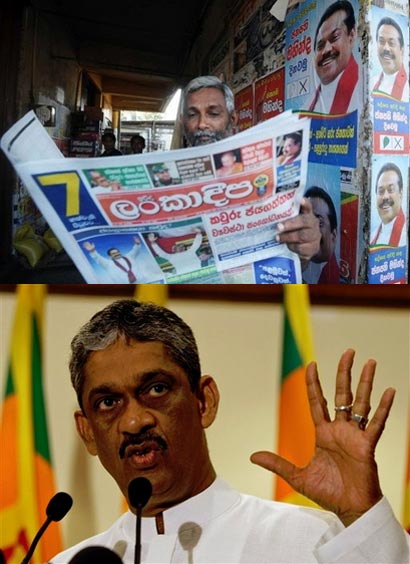 The last day of campaigning is underway, ahead of Sri Lanka’s Presidential election. President Mahinda Rajapakse and his rival, former army chief General Sarath Fonseca will hold their final rallies later today. Both candidates are confident of victory in the bitterly fought contest.

The campaign has been marred by more than 700 violent incidents, including the deaths of four civilians. Security forces are on alert, amid fears of further unrest. General Fonseca says armoured personnel carriers have been brought into the capital to suppress opposition supporters. But the government is confident of a free and fair poll.

Voting will take place on Tuesday and results are expected less than 24 hours after the polls close.