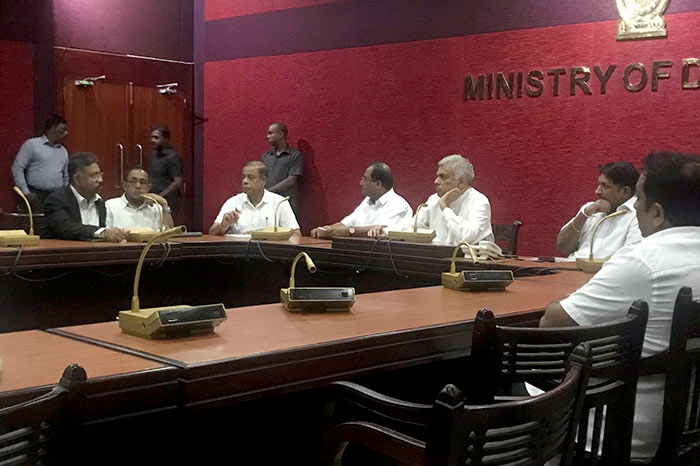 “A curfew will be imposed until things settle down,” he told reporters in Colombo.

Government officials also said major social media networks and messaging apps, including Facebook and WhatsApp, have been blocked inside the country to prevent misinformation and rumors.