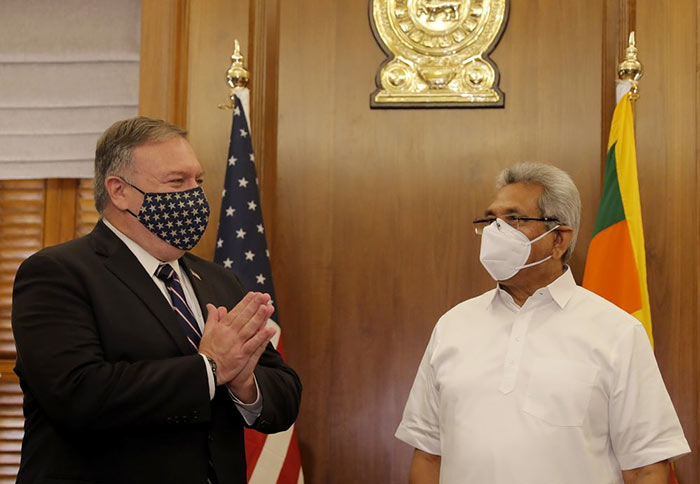 The President expressed these views during the bilateral discussions held with the latter this morning (28).

Pompeo visited Sri Lanka on a two-day visit following a visit to New Delhi. He met with President Rajapaksa and Foreign Minister Dinesh Gunawardena this morning and followed the sessions with a joint press conference with Gunawardena at the Ministry.

At the joint press conference, He stated, “We see, from bad deals, violations of sovereignty, and lawlessness on the land and sea that the China Congress Party, as a predator. And the US comes in a different way. We come as a friend and as a partner.”

The United States and China are currently embroiled in a power struggle over mutual economic, political, and security interests. The North American nation accuses China of debt-trap diplomacy and benefitting more from the projects on development and infrastructure than its expected recipients.