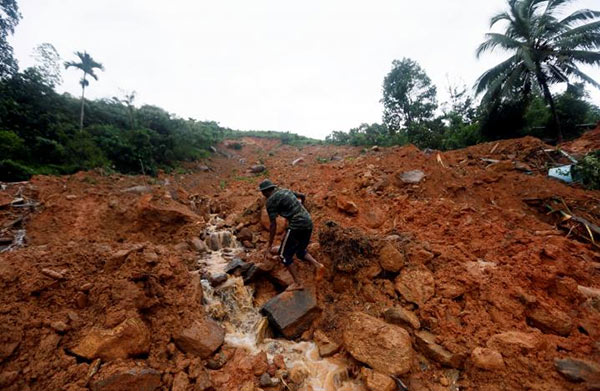 Floods and landslides in Sri Lanka have killed at least 91 people while more than 100 are missing after torrential rain, officials said on Friday, as soldiers fanned out in boats and in helicopters to help with rescue operations.

The early rainy season downpours have forced hundreds of people from their homes across the Indian Ocean island.

“There are at least five landslides reported in several places in Kalutara,” said police spokesman Priyantha Jayakody, referring to the worst-hit district on the island’s west coast.

The disaster management center said 91 people had been killed and 110 were missing.

Military Spokesman Roshan Senevirathne said about 400 military personnel had been deployed with boats and helicopters to help the police and civilian agencies.

The wettest time of the year in Sri Lanka’s south is usually during the southern monsoon, from May to September. The island nation also receives heavy rains in the North West monsoonal season from November to February.

Sri Lankan meteorology officials said Thursday’s rains are the worst since 2003 and they expected more rain in the coming days as the South-west monsoon condition had established over the country. 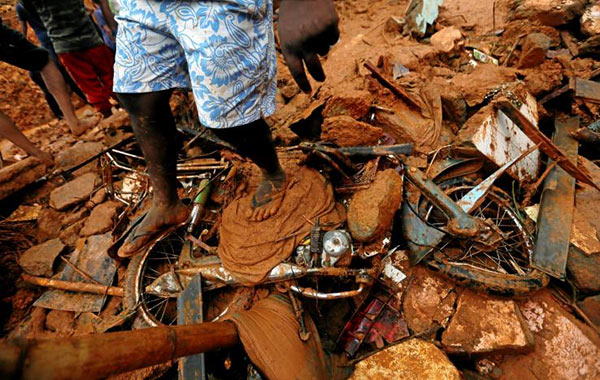 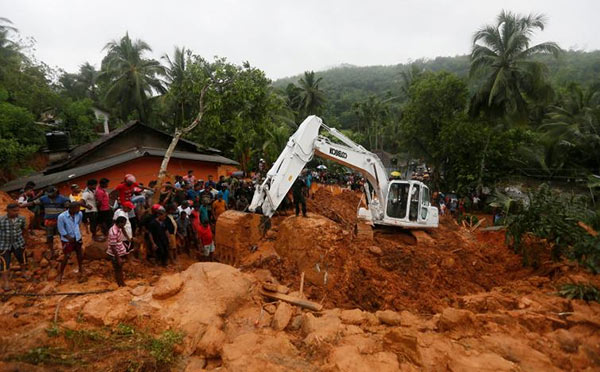