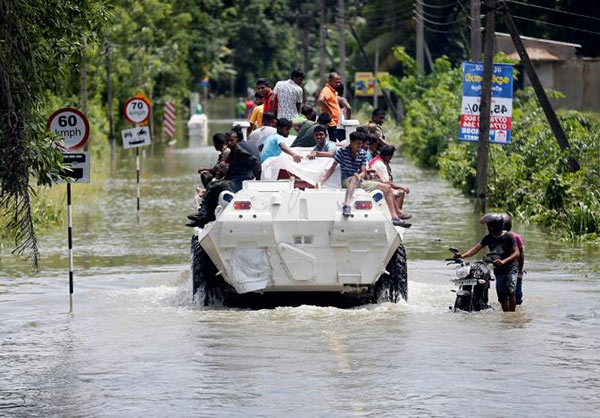 The number of people known to have been killed in floods and landslides in Sri Lanka rose to 122, officials said on Saturday, as the country appealed for international assistance.

The state-run disaster management center said 97 people were still missing after the worst torrential rains since 2003.

The Foreign Ministry said that in coordination with the Disaster Management Ministry, an appeal had been made to the United Nations and neighboring countries to provide assistance “especially in the areas of search and rescue operations”.

India is sending three Navy ships with supplies and other aid, the first of which arrived in Colombo on Saturday.

Sri Lankan military and rescue teams have used boats and helicopters, but officials said access to some areas was very difficult.

The early rainy season downpours have forced many families from their homes and affected over 415,618 people across the nation.

Military spokesman Roshan Senevirathne said more than 2,000 military personnel had been deployed to help the police and civilian agencies.

The wettest time of the year in Sri Lanka’s south is usually from May to September.

The island nation also gets heavy rains in the North West monsoonal season from November to February.

Sri Lankan meteorology officials said Thursday’s rains were the worst since 2003 and they expected more in the coming days.