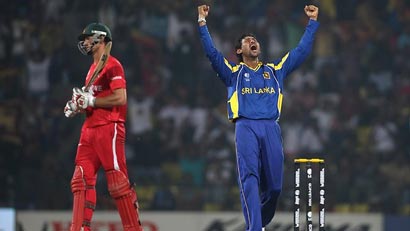 Sri Lanka have announced their one-day and T20 squad for Australia’s tour next month, but not their skipper.

Tillakaratne Dilshan, who was named captain for the recent tour of England, was included in the 20-man squad scheduled to play five ODIs and two Twenty20 games against Australia.

They will also play three Tests, but the squad for the longer version of the game was not announced. The only uncapped player in the squad is Sachithra Senanayake.

The series gets under way with the first T20 at Pallekele on August 6.