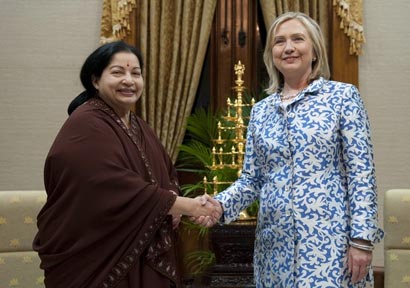 U.S. Secretary of State Hillary Rodham Clinton has said India’s example of multicultural democracy should serve as a model for neighbouring Sri Lanka.

Speaking in the South Indian city of Chennai , Clinton said, “Every Sri Lankan deserves the same hope and opportunity.”

“India’s diverse democratic system in which people from all faith and background participate equally, serves as a model for Sri Lanka as it pursues for a political reconciliation.” said Hilary Clinton