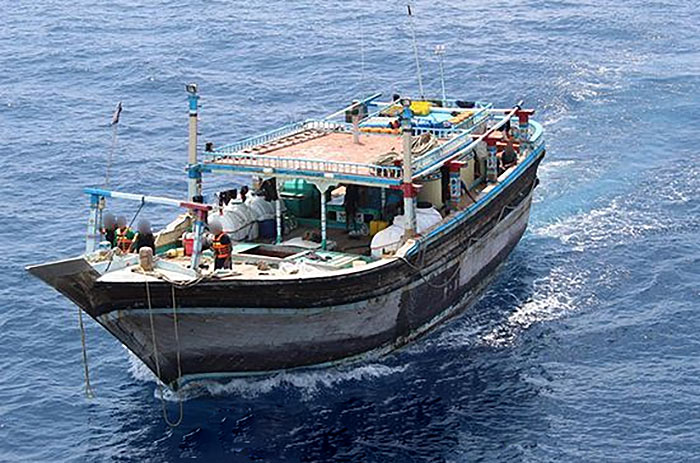 The Sri Lanka Navy has seized a foreign fishing vessel carrying nearly 250 kilograms of heroin along with six foreign nationals, during a special operation conducted in the sea area off the southern coast of the island.

The Navy and the Police Narcotics Bureau (PNB) had launched a joint operation to intercept the fishing based on intelligence information.

Accordingly, the naval personnel and PNB officers managed to seize the heroin consignment in high seas about 900 nautical miles off the southern coast.