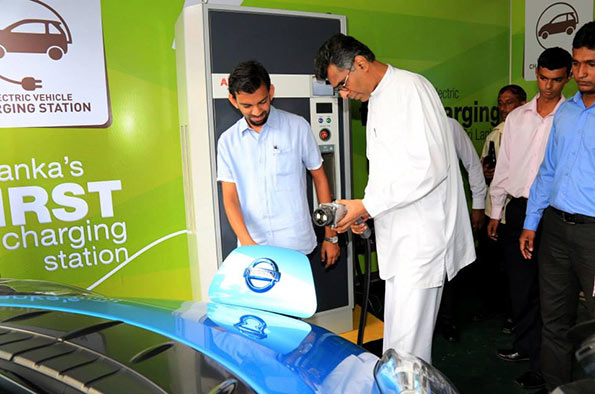 Sri Lanka has opened the first electric car charging centre in Tickel Road in the island’s capital Colombo as part of a strategy to make 10 percent of all vehicles on the road driven by electricity.

Power Minister said there was a ruler target to make 10 percent of vehicles driven by electricity by 2020.

At the moment Sri Lanka’s rulers tax electric cars at low rates in a bid to encourage them, and taxes liquid fuel cars at high rates.

Running electric cars in congested areas can cut down pollutants in cities.

Analysts say charging cars outside the peak hours, with a lower rate could help flatten the daily load curve of the power grid and make better use of coal plants which operated below capacity in the early hours of the day.

Coal is the cheapest form of electricity after large hydros.

Global petroleum prices have come down sharply along with other commodities such as rubber and tea, with the US dollar strengthening with the Federal Reserve ending its deadly money printing operations.

More expensive oil fields and coal mines as well as ‘fracking’ operations in the US could go out of business due to low prices. If fossil fuel prices measured in paper money go up in the future, when the US Fed fires another global commodities and inflation bubble Sri Lanka could also tap its natural gas reserves.

During the last commodity boom which started from around 2002, when the Fed started its so-called ‘mother of all liqudity bubbles’ the collapse of which also sent the world into an economic downturn, many new oil fields were opened using ‘deep oil’ and ‘fracking’ technology pioneered by a capitalist style supply response fired by human ingenuity. 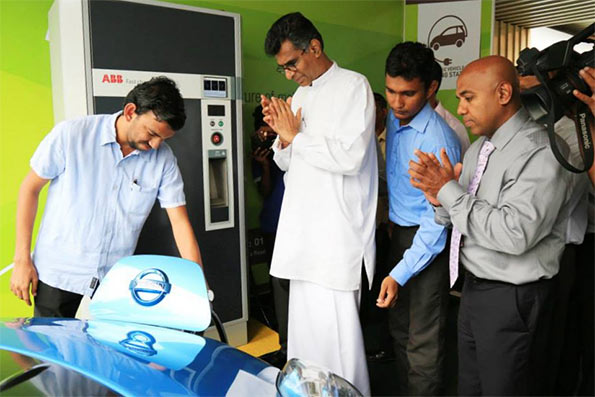 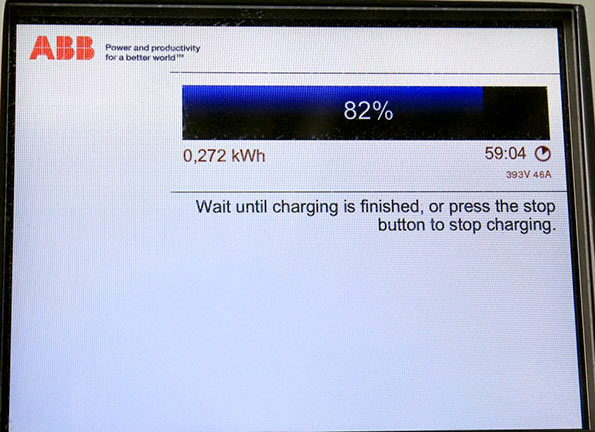 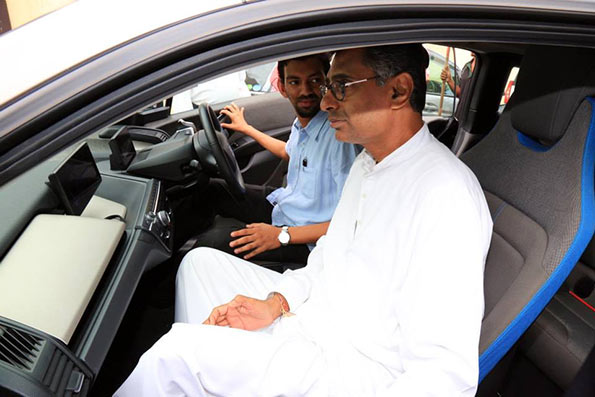