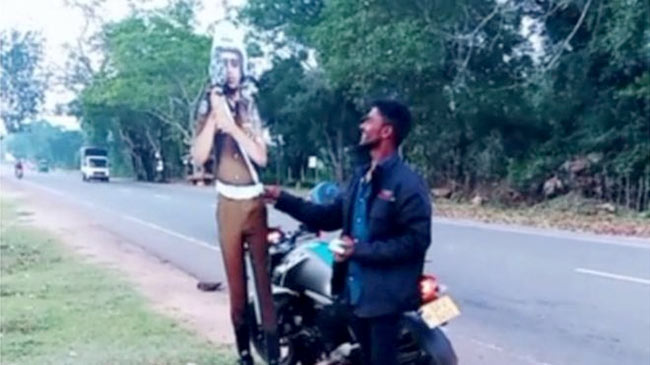 Sri Lankan police have arrested two people who posted a Facebook video showing one of them pretending to give a bribe to a traffic police cutout.

In the footage, a motorcyclist is seen offering money to the life-size figure of an officer with a speed gun in the northern town of Vavuniya.

The man in the video and his friend who filmed it have been released on bail.

They are charged with damaging public property, and humiliating and creating a bad public image of the police.

The cardboard cutout, which police say had its head damaged, is one of many which were placed on main roads last year to deter speeding and dangerous driving.

A few months ago, local police arrested two youths who had taken one home.