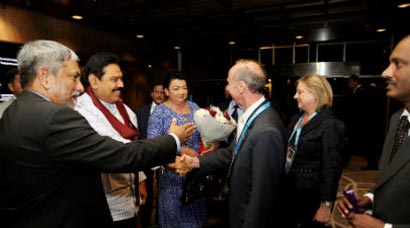 The Meeting will be held in Perth from 28th to 30th of this month. Heads of Government from 54 countries and about 3000 delegates will attend this Summit, which will be chaired by the Australian Prime Minister Mrs. Julia Gillard.

At this year’s meeting of the Commonwealth Heads of Government, it is expected to focus attention on food security, sustainable development and development of the national resources and global challenges being faced by the member countries, challenges of the global economic crisis, and climatic disasters.

The Chairmanship of the Commonwealth is to be handed over to President Mahinda Rajapaksa at this Summit and accordingly Sri Lanka will be hosting the next CHOGM.